NCLR: Where I Found Role Models Who Look Just Like Me!

As a young Chicano, it is rather difficult to find Latinos in leading professions. The weekend of the National Council of La Raza (NCLR) conference proved to me that there are Latinos breaking ground and paving the way for future generations. As an invited guest from The California Endowment, I attended Dr. Robert K. Ross’s and Dr. Beatriz Solis’s presentation among other sessions. I like how The California Endowment gathered positive messages for the Central American children refugees. As Dr. Ross said, these children need to be cared for properly. This act of kindness from The Endowment is truly commendable; it makes me like The Endowment even more. The NCLR conference had many great speeches during the four-day event, words of inspiration that I carry with me. 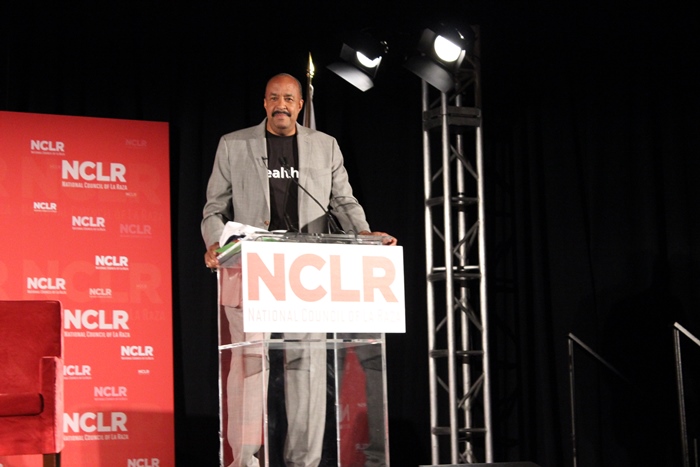 The first session I went to was one that focused on Latinos in politics. In this session the panel consisted of former Mayor Antonio Villaraigosa, Monica Garcia, Alex Padilla, and Nury Martinez. As a young adult I aspire to be a public servant for my community of Boyle Heights. This session definitely inspired me after hearing more about Mayor Villaraigosa’s story. Like me he attended Roosevelt High School and went on to go to East Los Angeles College, and finally to UCLA. It’s remarkable that my path is the same as Mayor Villaraigosa’s. His story further solidifies my passion for public service, and the notion that it really does not matter what path you take as long as one finishes at the same destination. Perhaps I too can become Mayor of Los Angeles one day.

I also sat in on a STEM workshop. Although it is not my career path, I listened to the panel and later told my friends about the new information I received. The information included an amazing documentary, Underwater Dreams, in which undocumented Mexican immigrant high school students enter a robotics competition and ultimately win, beating the likes of MIT students. The sessions provided many Latino role models, most of which had backgrounds similar to mine.

The conference had some amazing events going on throughout the day; so much that it was difficult to attend them all. One of the highlights of the conference was the Family Expo that was open to the Latino community. It was here that I took plenty of pictures promoting the #Health4All campaign. While taking pictures, I went to all the booths until I stumbled upon the CVS mobile clinic. In my BHC site of Boyle Heights, it is important that members of my community have health screenings, so I decided to take up CVS’s offer and take a free health screening. My results were positive as I received good news regarding my health. 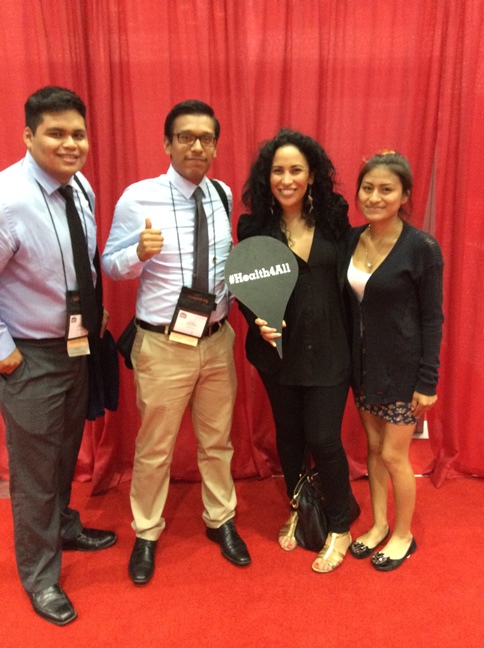 Luis Melchor and friends posing for the camera with the #Health4All pin drop.

The Family Expo also had raffles, many of which I participated in, but lost. However, I still walked away with many cool goodies from the many booths. I continued to walk around the Expo taking pictures with the #Health4All pin drop and explaining the campaign to people. Like many BHC sites across California, it is important in my community that everyone has health insurance. No one should be denied. Members who are undocumented deserve to have quality health insurance to help protect them should they get sick. The #Health4all campaign is an ongoing battle, but reaching the goal is not impossible. The campaign will help lift the voices of the disenfranchised and catalyze action to ensure all Californians have access to health coverage and care.

Luis and other youth leaders promoting the #Health4All campaign.

The best part of the conference was the stellar lunches and dinner, not only because of the savory food, but the strong, passionate speeches given. Janet Murguia delivered an amazing speech, filled with passion, addressing many concerns regarding our nation, which included the humanitarian crisis at the border. My favorite speech of the conference belonged to Kamala Harris, a hero of mine. I truly admire her strong dedication to serving the public and going beyond her duties. I wish I can someday be half the person she is. This conference was very special to me; I was able to meet individuals at the top of their respective professions and the best part was that these individuals looked just like me! Latinos in this nation hold tremendous influence in shaping the future. I am grateful to The California Endowment for giving me so many life-changing opportunities.