Blog Post: Dia De Los Muertos – Let Us Not Forget Those Who Died In ICE Detention 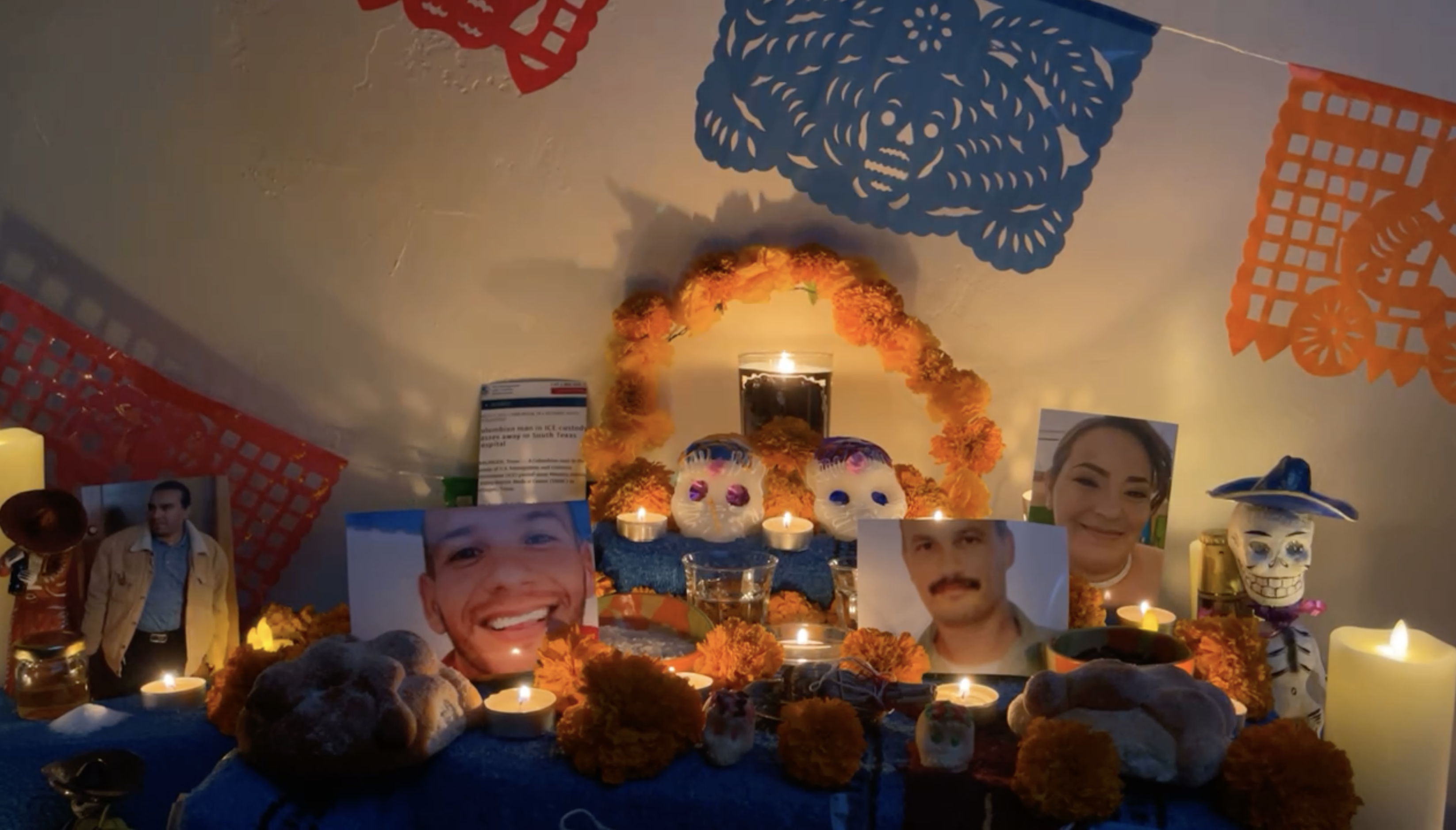 Over the first two days of November, many in the Latino community celebrate Dia de Los Muertos – Day of the Dead.  Families and friends of those who died over the last year gather to remember their beloved. Beautiful altars with pictures of those who have died are erected and gifts that bring back memories of the loved one are brought to these altars.

This year I am joining the diverse community of persons from across California and the country who are gathering for the Day of the Dead in memory of those who have died in immigration detention centers.  Over the last year, 24 men and women have died in US detention centers, adding to the numbers of previous years.  These were unnecessary deaths, but they will continue if these detention centers are not shut down.

The Adelanto detention center was opened in 2011 through a contract between the City of Adelanto, Immigration and Customs Enforcement (ICE), and the Geo Group, a for-profit prison corporation. Its early detainees totaled 975.  Today this detention center can hold 2,690 persons making it the largest detention center in the country.

Why are these two California immigration detention centers considered among the worst in the country?  Inhumane conditions and the violation of human rights. It is why people are dying in detention centers. Death has come to immigrant detainees in these centers but a family member of one who has died says, “He died a physical death, but death came to him when he was detained. He and our entire family died a psychological, emotional, and spiritual death because of his detention.”

A civil society should not detain and imprison those who are waiting for their immigration legal process to be conducted, much less treat them inhumanely and violate their human rights.  A country that claims to be a beacon of justice should not allow a profit to be made from the suffering of immigrants seeking to survive the cruel impact of poverty, violence, natural disasters, and persecution.  There is a better way.

Shutting down immigration detention centers and allowing detainees to return to their families while they wait for their immigration legal process to be completed might be an alternative leading to more humane immigration.  Might we need to ask ourselves the question of whether the US needs to be contracting with for-profit prisons?  Do these contracts help or contribute to a harmful and uncaring immigration system?  Could we instead use a portion of the $25 billion combined yearly budgets of ICE and the U.S. Customs and Border Protection (CBP) for addressing the human needs of immigrant communities, enabling them to integrate into US society?  Immigrants have already proven their worth to this country.

With their families, let us mourn the death of the men and women who have died over the years in immigration detention centers joining all who seek a better way – life instead of death.

We are advancing
health and racial
equity in California

Our health system works best when every Californian has access to quality and affordable health care.

Re-imagining a criminal justice system that centers on prevention and healing.

Our communities and neighborhoods thrive when policies advance health and racial equity for all Californians.

Building Power in resilient communities across the state for a stronger California.

Explore Our StoryAbout our Grant Making